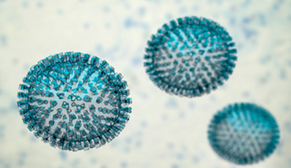 It is being reported that six people in Jamaica died from Influenza A (H1N1) last year.

The information was revealed in a news release from the Health Ministry Friday morning.

According to the Health Ministry, two of the individuals were over 60 years old.

The ministry warned the public to be alert to the symptoms of the flu.

It revealed that there are two strains of the virus currently circulating in Jamaica.

The Health Ministry said data for 2019 show that people 60 years and older, who are among the high risk group, are being severely affected by the flu.

Healthcare workers, children and elderly with chronic illnesses, pregnant women, individuals who are institutionalized or in state care, and non-health frontline workers are also at risk.

Complications of the virus include pneumonia and blood infections.

Influenza activity in Jamaica begins to increase in October to November, peaks between December to March, and can last until May.

Influenza is a viral infection that spreads easily from person to person, mainly by coughing, sneezing and poor hand hygiene.

The ministry is reminding persons that the flu vaccine is free of cost in the public health system to high-risk members of the population.

Private healthcare providers are being encouraged to procure the vaccine through private distributors.

The ministry said members of the public should practice good hygiene, including washing hands with soap and water, and covering their mouth and nose while coughing or sneezing to help to prevent the transmission of the virus.