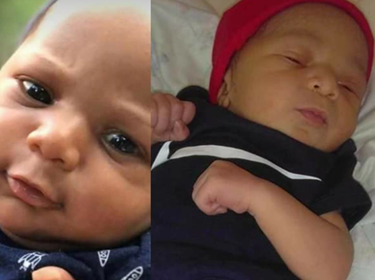 Kingston Jamaica, A search has been launched for three men, who reportedly stole a five week old baby from his mother on Sunday.

The police say the incident occurred on Rousseau Road in St. Andrew.

Nyyear Frank of Hopewell in St. Andrew was stolen from his mother about 5 p.m. as she walked on Rousseau Road.

It is reported that a car drove up with three men aboard. A man alighted and forced the mother and child into the vehicle.

The men subsequently took the child and released the mother.

A report was made at the Half Way Tree Police Station and an investigation immediately launched.

Anyone with information on the whereabouts of five week old Nyyear Frank, or anyone involved in the incident, should contact the Half Way Tree Police at 876-926-8184, Crime Stop at 311, Police 119 emergency number or the nearest police station.