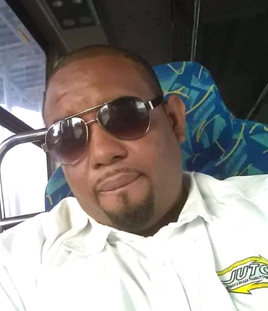 The family of slain JUTC bus driver Mikkel Donaldson has said he was the main breadwinner.

Mr. Donaldson was shot and killed on Oxford Road.

His mother Claudette Benjamin, who expressed gratefulness to her family and community who have been comforting her since the news of her son's death.

"I'm not working, so I have to depend on him," said his disheartened mother.

"Everybody know him and know him was a quiet person, good friend," she recounted.

Mr. Donaldson had been dispatched to Oxford Road where a JUTC bus had developed mechanical problems.

He was pounced on and shot several times.