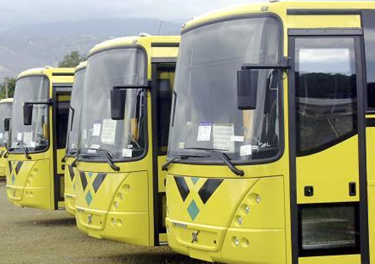 Public transportation in the Kingston Metropolitan Area has been thrown into chaos with bus drivers employed by the state run Jamaica Urban Transit Company (JUTC) going on strike.

The drivers are upset over the shooting death of one of their colleagues Tuesday morning near Emancipation Park in New Kingston.
It's understood that the shooting of the JUTC driver is in retaliation for the killing of a taxi operator Monday night, allegedly by another JUTC operator.
It's reported that about 6:45 p.m., there was an altercation between a JUTC driver and an illegal taxi operator along Washington Boulevard, resulting in the taxi operator being fatally stabbed.
The bus driver was also injured.