Two shot, one fatally, in Clarendon 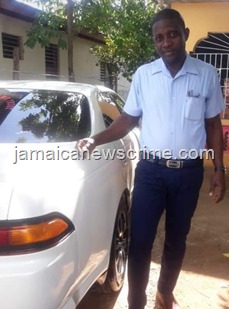 Gunmen again struck in Clarendon on Saturday, leaving one man dead and another nursing gunshot wounds.

The deceased has been identified as 40 year old Garfield Williams, otherwise called Gary, a porter employed to May Pen Hospital.

The police reported that, about 9:45am, Mr. Williams and another man were at a shop at the intersection of East Street and Cemetery Road when men travelling in a dark blue motor car drove up.

The men sprayed bullets on the shop, hitting the two men.

The vehicle then sped off.

The police were alerted to the scene and, upon their arrival, Mr. Williams was seen lying on the ground in a pool of blood.

He was pronounced dead on the scene.

The second victim was rushed to the hospital, where he has been admitted in serious condition.

It is reported that Mr. Williams had just left work at May Pen Hospital and had gone across the street to the nearby shop to purchase items when he was shot.