Female Vendor Killed In May Pen 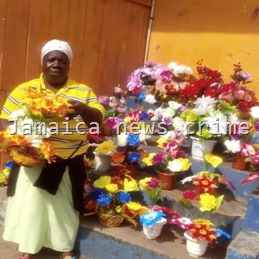 May Pen, Clarendon news. Gunman carried out another attack in May Pen, Clarendon yesterday, leaving a woman dead. She has been identified as 60 year-old Patricia Harriot, affectionately called “Pat” of Cornpiece settlement, Hayes. (also called Hill or Hill Settlement) Ms. Harriot is a vendor on Main street May Pen near the police station.  Reports reaching Jamaica News Crimes are that, shortly after 6 pm, explosions were heard. Ms. Harriot was found suffering from bullet wounds. She was pronounced dead on the scene.

The incident occurs one weeks after heavily armed gunmen robbed a supermarket at Guinep Tree. The alleged gang leader and members of his criminal network were picked up during an operation in the parish on Friday. A manhunt has been launched for the remaining members of the network.