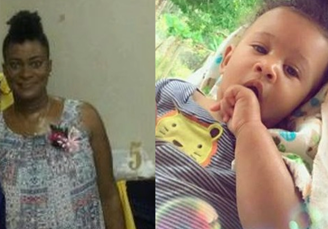 Mandeville Manchester news, A search is underway for a man accused of fatally chopping his eight-month-old son and injuring his common-law wife on McKinley Drive in Manchester Thursday morning.

The incident affected the sitting of the PEP exam by grade four students at one primary school and has left the community in shocked. An eight-month-old baby was chopped to death today at her home on Mckenly Road, Mandeville. The child's mother was also severely chopped all over her body and was admitted to the hospital  where she said to be in a stable condition.    The mother who is a grade four teachers at the Ramble primary school were one of the teacher's schedule to administer the grade four performance base test that took place today. The woman's common-law husband  is believed to  be the person  who carried out the gruesome act.  Reports are that the woman told him; she wanted to end the relationship.His motor car was found burnt out in Porus.